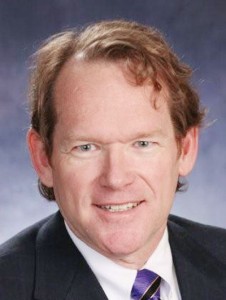 OK, I admit it, I am a water-holic. A self-admitted, all American water guzzler without regard to saving, stewardship or conservation.
The fresh pure smell of water dazzles my senses. I love to take long drenching hot showers. I run water to just the right temperature simply to brush my teeth. Kitchen cleanup? No problem, if the dishwasher is only a quarter full, let it run until they sparkle and dazzle. Let the sink water run, run, run!
And outside — well I confess, I’ve forgotten and left my water hose on overnight multiple times. Our sprinkler system runs regularly with or without rain and I love to see the lush, water-rich lawn out my window. Why not? Water is our most abundant resource — 97 percent of the world’s surface is agua. We are, of course, the blue planet, a squishy ball of liquid refreshment.
While it has been some time now since the drought, I saw my idyllic water world come crashing down. The omnipotent Corps of Engineers God pulled the plug for the lake that is out my back door, all for the betterment of the folks living in South Alabama (that in itself might make a good country and western song) and it was clear that it helped the sustainability of a few thousand mussels scattered in the Apalachicola Bay tributaries.
In the last drought, the Corps conveniently forgot about the 5 million people who live upstream in good old Georgia, USA, and of course ignored the fact that I just installed $20,000 of new landscaping in my backyard.
My water world evaporated and my precious Lake Lanier became a mud flat. As it dried out it became a windswept red dust bowl. What was a water junkie to do? Thirst.
Well, I’ve always seen myself as a man of action, crusader or a “loudmouth action figure” in some circles. This was a time for one man or family to step up and make a difference. While I would have loved to mount the North Georgia militia, storm the Buford dam and yell to Alabama, “Come and get it!” I realized as I drove across the channels it was too late, they had already gotten it. So I decided to become another kind of fanatic.
I became a Water War Lord and hoarded my own resources, stockpiling as much water as I could, not for a rainy day, but for that all too frequently Dry One. I became fascinated with water conservation — about saving, recycling and outright hoarding.
The obsessive-compulsive nature emerged. I met with my landscaper to replace certain plants with drought-tolerant ones. I mulched and I mulched and I mulched. I bought wooden wine barrels and converted them to rain barrels for water reuse. I researched rainwater and grey water cisterns used in the hill towns of Tuscany, pumps and ultraviolet sanitation devices.
I even designed a towering Rube Goldberg system of roof collection + shower water + deck runoff + toothpaste filtration contraption, the later unfortunately was a major violation of the neighborhood covenants. The subdivision Nazis would surely come and get me so that plan was scrapped.
I bought plastic collection buckets in my shower which I creep out in the early mornings and dump on my lawn, brush my teeth dry — ukkk — and then load my dishwasher to over-over-capacity. Light washer loads — no more. Washing my car — no way. HELP — I drowned in conservation: low-flow toilets, reuse of bathwater. I run to the mailbox each month to see my water savings on my water bill and scouring the paper on my personal increase to the level of Lake Sidney Lanier. Yes, it went up a hundredth of a millimeter.
So even though the lake is full and the drought a distant bitter memory, do a little rain dance, keep Lake Lanier to its brim, overflow the waters of the Chattahoochee. I now have my own water cache. But of course, my little part, my family’s liquid savings, are all for those helpless, defenseless, little million-year-old uneatable mussels wandering around Apalachicola Bay.
Oh, one more thing: Just how did the mussels survive during a drought before the 50-year-old Lake Lanier was created?
About the author
Frank Norton is a seventh generation north Georgian, CEO of the region’s largest and oldest real estate insurance firm and a Lake Lanier homeowner/activist. He is a passionate market researcher, demographer and prognosticator and noted national speaker on emerging real estate issues.