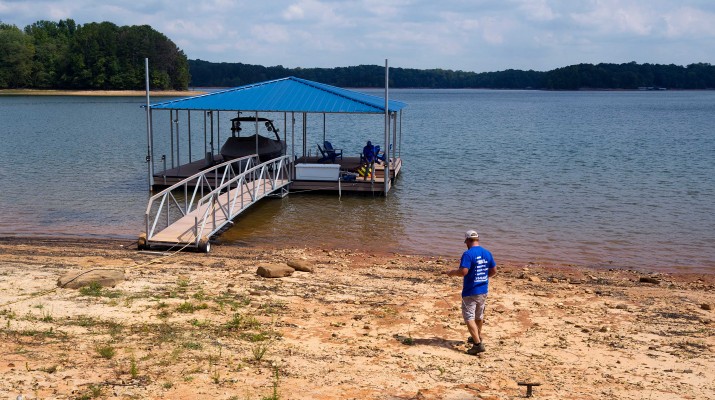 Caring for your Lake Lanier dock is just like maintaining your house or car — except the federal government also is keeping watch.

The Army Corps of Engineers’ 2004 Shoreline Management Plan doesn’t just set a limit on the number of docks the lake can handle — a cap that has since been met — but it also set out a number of requirements for keeping the coveted five-year dock permit in force.

From walkways to anchoring and painting, the corps has set out a bevy of rules on dock upkeep.

“We encourage all dock owners to maintain their docks in accordance with the (shoreline plan) regulations,” said Joanna Cloud, executive director of the Gainesville-based Lake Lanier Association.

“A responsible dock owner needs to maintain their dock,” said Brad Wiegand of Boat Dock Works. “First and foremost, you do it from a safety standpoint. You want your boards to be safe. You want adequate flotation.”

Also, maintaining the proper electrical functions on the dock could mean the difference between life and death.

“Electric shock drowning” can occur when electric currents go through a swimmer’s body while he or she is immersed in freshwater, paralyzing then rendering a person unable to do anything but slip underwater.

Although it “can occur virtually in any location where electricity is provided near water, the majority of (cases) have occurred in public and private marinas and docks,” states the Electric Shock Drowning Prevention Association’s website.

Anchoring the dock to the shoreline also is vital, Wiegand said.

“Fluctuations in the water level and storm damage — from winds, specifically — can take a dock from the shoreline and push it into another dock or boats and damage property,” he said.

Wiegand said the corps has particular requirements that dock owners must follow.

The corps adds: “Shoreline trees or other natural features will not be used as anchors.”

And fluctuation is a big issue with docks, Wiegand said.

“We’re in a drought situation right now and the lake’s down about 6 feet,” he said.

According to corps rules, docks can be moved during low lake levels “to follow the receding shoreline, as long as one third of the channel remains open for navigation and safety is not an issue.”

“Permittees have the option to move docks laterally but not beyond or crossing any neighboring facilities and not within the boundaries of ‘protected’ or ‘recreation’ zoned shoreline.”

The corps adds: “In locations where competition for space to keep docks afloat is a problem during low lake levels, neighbors are encouraged to seek amicable solutions.”

Above all, when dealing with docks, “safety is important,” Wiegand said.

“A dock should be like a boat. You should have a ladder if someone falls off your dock,” he said. “A throwable (flotation device) is always good to have on the dock. Anytime you’re around water, you just need to take extra precaution.”

Cloud said a recurring problem with docks has been property owners hiring someone to install a used dock bought from elsewhere on the lake and then getting rid of the old dock, Cloud said.

“There are only a few designated sites around Lake Lanier that are authorized construction sites, (where) the Corps of Engineers allows heavy equipment and dock construction or moving to take place,” she said.

Reputable dock companies around Lake Lanier pay a fee to the corps authorizing them to use these sites.

“We have had several situations where a property owner hired a person that was not authorized to use one of those sites and/or didn’t have the right equipment,” Cloud said.

Confessions of a water junkie 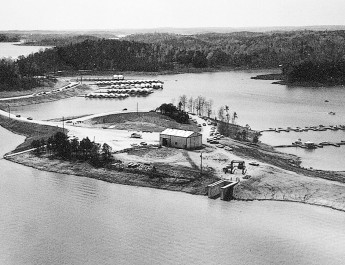